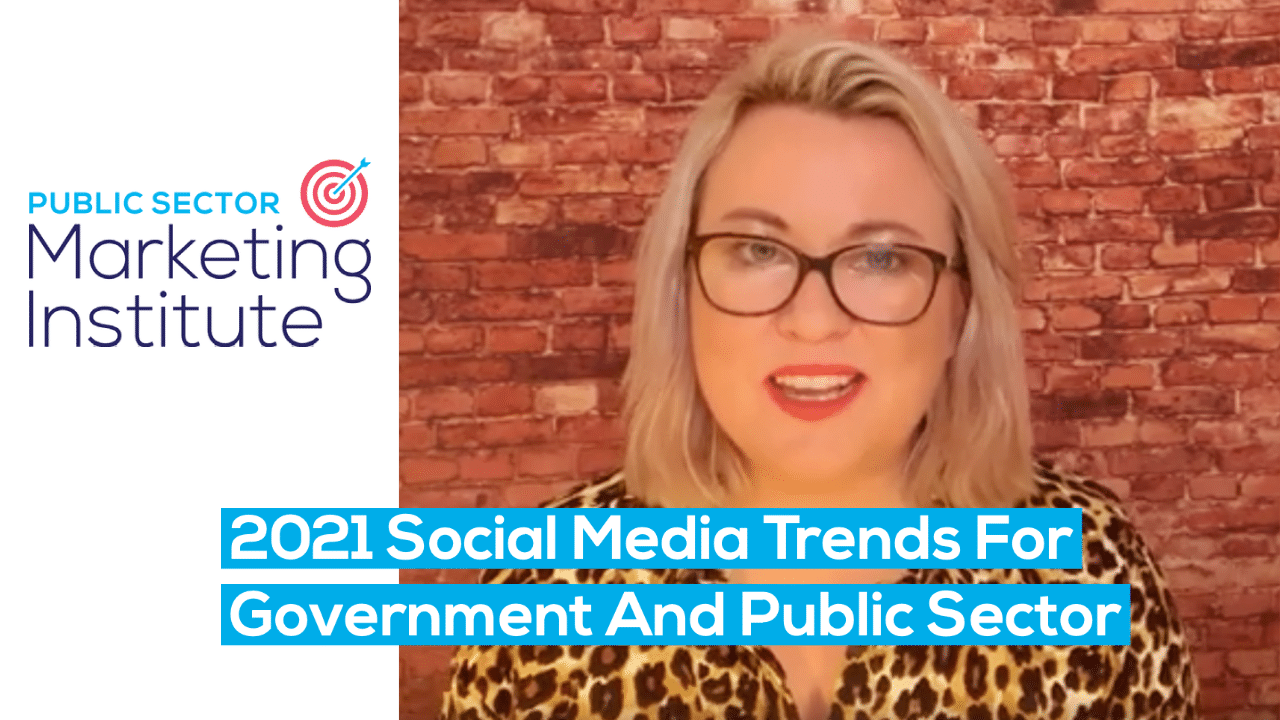 I'm going to share with you the top three social media trends for 2021.

Talkwalker in conjunction with HubSpot interviewed thousands of marketers and surveyed them on the top 10 trends that industry experts suggested would be most dominant in 2021.

I was lucky enough to be part of the industry voice, and in fact my trend for 2021 appears at number two.

3 - The major social networks are still going to remain dominant.

So for the government and public sector, you really need to cement your presence on; 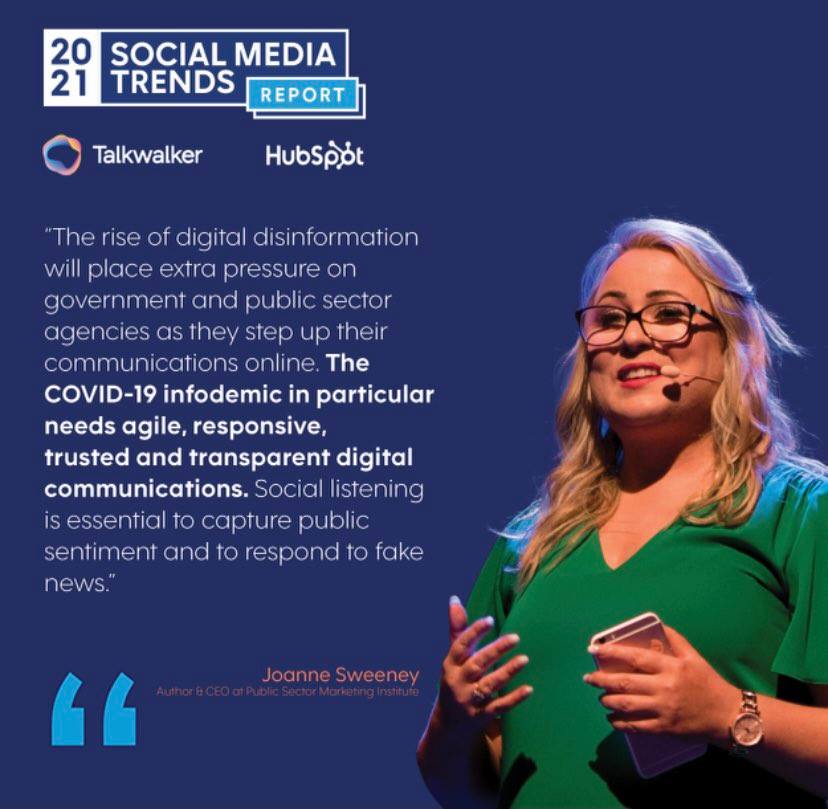 2 - The rise of digital misinformation.

This is a huge concern for all of us, as bad actors take over the social networks for their own personal gain, and for a gain that is probably not aligned with the government or public sector or indeed with those of you who act on social media for good.

How can you disrupt the rise and the spread of digital misinformation?

Well it's as simple as stepping up and publishing more long-form fact-based content right across the social networks.

Remember consistency and volume will trump virality every single time.

We all have a responsibility to stop the spread of fake news, and in particular those of you those in government and in politics and working in the public services, have a real responsibility to the people to step out and to make sure that the truth spreads online faster than lies, fake news and misinformation.

1 - The rise of the socially conscious audience.

Citizens care about the environment.

Citizens care about making a difference.

But the big prediction for 2021 is that the rise of the socially conscious audience is going to have a deeper footprint on social media. For the government and public sector you can align yourselves with those voices that are in tune with what your policies are.

So for 2021 let's use social media for good and let's all be aware of what part we are playing in disrupting misinformation.