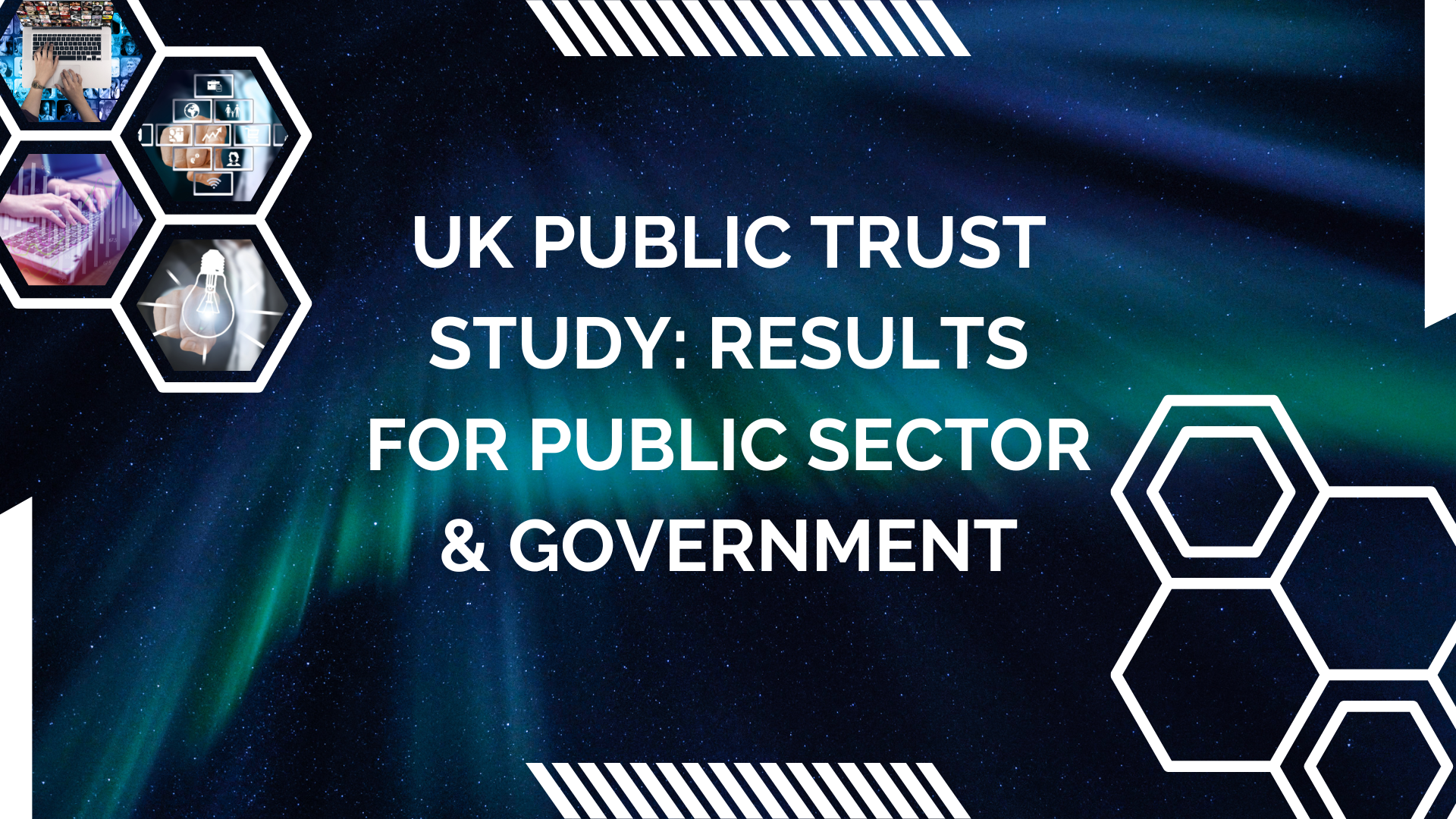 Who do the public trust? The latest study published by Press Gazette makes for interesting reading.

While it's a UK-report I think we can all take learnings from it especially from a government and public sector perspective. The other interesting results relate to journalists which you should care about, because you rely so much on the mainstream media getting the news out to the public.

Journalists still rank among the least trusted professions in the UK but they are ahead of politicians, estate agents and advertising executives.

Civil servants sit in the middle of the trust table.

The findings are from the 2022 Veracity Index, a long-standing study by Ipsos which has measured the level of the UK public’s trust in various professions since 1983.

Some 29% of the more than 1,000 UK adults polled said they trusted journalists to tell the truth, making them the fifth-least trusted profession in the UK. It is the highest trust score for journalists ever seen in the survey.

Journalists are among the least-trusted professions in the UK

% who trust to tell the truth, full list of professions in the 2022 Veracity Index 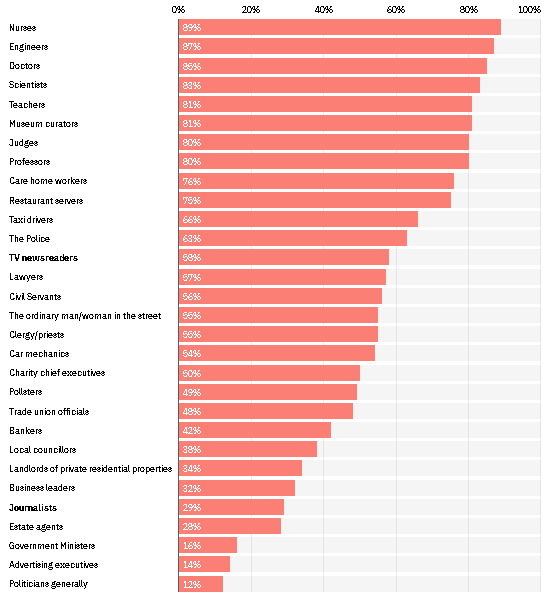 % of respondents who say they trust each profession

Among baby boomers (those aged 58-76), levels of distrust were slightly lower at 56%.

Trust of journalists, % of each generation who answered:

There were also differences by education level and socio-economic class. Thirty-seven percent of people with a degree said they trusted journalists compared to just 24% of people educated to GCSE or O-level.

% who trust journalists by education level:

Meanwhile 35% of people considered by the Office of National Statistics to be in the AB socio-economic bracket (which translates roughly to upper-middle or middle-middle class status) said they trusted journalists.

This fell to 25% among people considered to be working class or unemployed (DE according to the same ONS classification).

This year’s Digital News Report by the Reuters Institute for the Study of Journalism (RISJ) similarly highlighted the public’s lack of faith in the media, with just over a third (34%) of people saying they trusted UK news. However, in that poll it was down from 51% in 2015.

The Ipsos survey also asked people what they thought of television newsreaders specifically, finding this was one of the professions in which the public had seen the greatest boom in trust in the past year. Fifty-eight percent of people answered that they trusted TV newsreaders to tell the truth, a six percentage point jump on 2021.

TV Newsreaders saw biggest jump in trust between 2021 and 2022 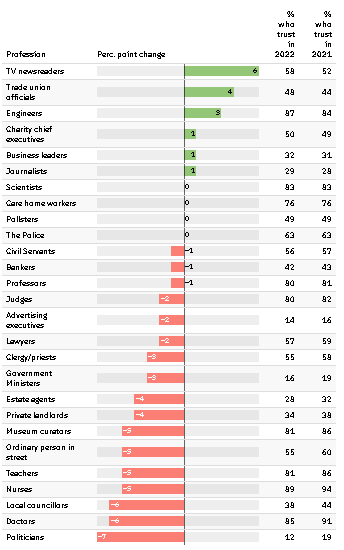 Baby boomers were the most likely to trust TV newsreaders (68%), with millennials the least (49%).

Trust of newsreaders, % of each age-group who answered:

The rise in trust in TV newsreaders was all the more remarkable because of the general dip in public trust across the board revealed by this year’s poll, said Mike Clemence, a researcher at Ipsos Trends & Foresight.

"This year we have seen public trust drop gently across a wide range of professions," he said. "The biggest drop is in trust in politicians, which has fallen to levels last seen during the 2009 expenses crisis. However we have also seen small but noticeable falls for high-trust professions including doctors, nurses, teachers and curators, as well as trust in the average person in the street.

"This makes the professions where we have seen an increase in trust this year – TV newsreaders, trade union officials and engineers – all the more noteworthy."

Since 2020, Ipsos has interviewed a representative quota sample of more than 1,000 Brits aged 16+ via telephone. Interviews for this year’s index were carried out in October and November 2022. Prior to 2020, interviews were conducted face-to-face.