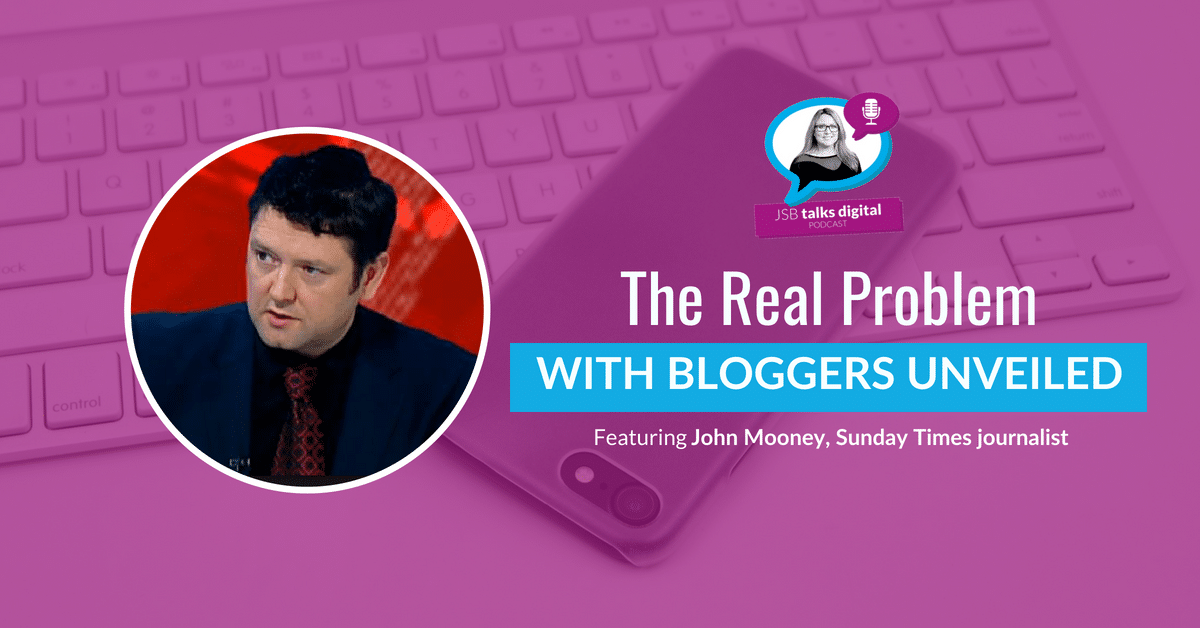 In this episode #112, I’m re-opening the Bloggers Unveiled can of worms and telling you what I really think about their Instagram account, the rumours and the impact on blogger and influencer marketing in Ireland.

* In JSB’s column: What I really think about influencer marketing and bloggers for sale

Voice is growing in prominence and power and LinkedIn is the latest social network to capitalise on voice messaging, but will it work?

* Easily message on-the-go: People speak about four times faster than they type, making voice messaging great for explaining longer or more complex ideas without the time and involvement of typing and editing a message. It’s also helpful for when you’re on the move and don’t have time to stop and type.

* Get to it when you can: Leaving a voice message can often better for a recipient than calling them since they can listen and respond when they have a free moment.

* Better express yourself: Speaking in your own voice allows you to build a more personal connection and effectively communicate. It’s easier for your tone and personality to come through, which can sometimes get lost in translation in written communications.

* Simply tap the microphone icon in the mobile messaging keyboard, then tap and hold on the microphone in the circle to record your voice message and release your finger to send.

* If you want to cancel before sending, slide your finger away from the microphone icon while holding it down.

Voice messaging is rolling out now in the LinkedIn app on iOS and Android, and you can receive voice messages on mobile and on web.

This comes following a series of moves to help our mental well-being as we know how addictive Facebook is.

The aim is to prevent Facebookers from being sucked into the app when they’re trying to avoid the it, thus making it less obtrusive.

So rather than going Facebook cold-turkey and deleting the app entirely, we can just mute any notifications!

Do you think this would prohibit you from tapping in to see what’s happening in the world?

It’s only a test at this stage and so far no confirmations of plans to roll it out.

This latest news from Twitter is music to my social media ears!

You can no longer automatically cross-post your tweets to Facebook.

In a statement, the company attributed the change to a recent Facebook update.

The issue has to do with Facebook’s lockdown of its API platform — an overhaul that’s been underway following the Cambridge Analytica scandal, where as many as 87 million Facebook users had their data improperly harvested and shared. 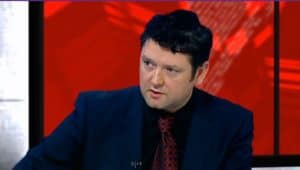 In this episode, I interview John Mooney, investigative journalist with the Sunday Times and the Times Ireland edition newspapers.

John has written extensively on politics, crime, terrorism and intelligence issues amongst other issues. He regularly works as a consultant to the CBS, BBC, Channel 4 and RTÉ on a variety of issues. He has written a number of books and created and devised a number of TV series’.

He is also involved in publishing books on non-fiction with Maverick House. John and I discuss his recent article on Bloggers Unveiled and why he’s convinced Ramona Treacy has no case to answer.

Read the transcript of our interview. 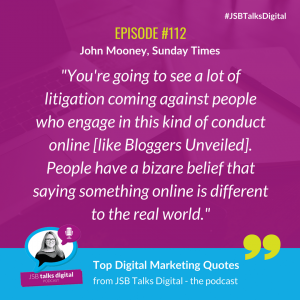 In this episode, I’m sharing three ways to audit a bloggers digital influence.

In this week’s ASK JSB, Louise asks via a DM on Twitter, about the fear of setting up a business and how to overcome it.

Listen in to hear my answer!

In today’s JSB’s column I share an interview I did with Highland Radio’s Greg Hughes after the producer of the show read a Facebook status update I posted in the wake of the Bloggers Unveiled scandal.

Greg is a tough interviewer and what follows is my honest assessment of why people need to think before they post, why some bloggers give other bloggers a bad name and how businesses and organisations working with influencers need to vet before committing.

If you want to discuss your influencer marketing strategy then get in touch. Drop me an email to joanne@digitaltraining.ie.

The social media tool that saved my working week this week is Fake Check.

Fake Check is an easy to use web-based tool to check any public Instagram account. With no login required you can get an insight into the quality of any Insta account’s followers.

Fake Check analyses an Instagram account and their 20 most recent posts to see how engaged their followers are. This is the level of social engagement, which is more important than the social reach. If the resulting ratios for likes and

comments based on the number of follower is outside the industry standard, it is likely that the account has paid Instagram followers.

Another reason someone might have non engaged followers is because they are bots. Instagram Bots are script driven accounts that are used for various reasons. To hide their computer heart and to make them seem more human they post random comments and follow random people to hide their true purpose. 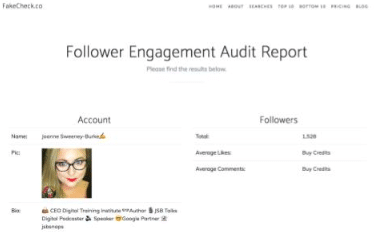 When you search for an account you can unlock the report by using credits. Buy credits now to start unlocking reports. One credit unlocks one report. Starting from $1.00!

Find out more at https://fakecheck.co/

Thank you for tuning into episode #112 of JSB Talks Digital. If you are a regular listener I would love a review!

If you are interested in becoming a digital marketing pro and work in the public sector, check out my new Diploma in Digital Communications for Public Sector at: https://publicsectormarketingpros.com/diploma/ It starts on September 3rd.

Thank you for continuing to listen and don’t forget to get in touch you’re your questions. I love hearing from my listeners so don’t be a social media stranger!

I’m Joanne Sweeney-Burke. This is JSB Talks Digital. Thanks for listening and I’ll talk to you soon.