[PODCAST] How Social Media Responded to the Pope in Ireland 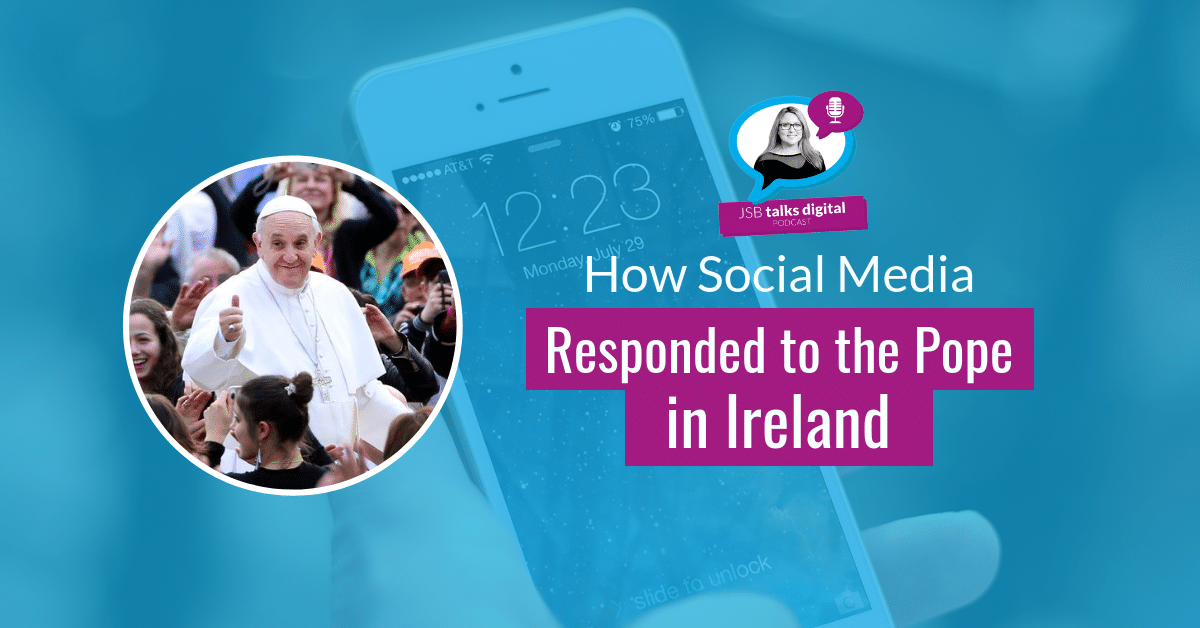 In this episode #115, I’m sharing how social media responded to the visit of Pope Francis to Ireland during the last weekend in August 2018.

* I compiled a montage of media highlights from Pope Francis' visit

* In JSB’s column: My analysis of social media during Pope Francis’ visit to Ireland

Facebook is using a trustworthiness score to tackle fake news

Facebook is rating the trustworthiness of its users on a scale from zero to 1 and has been using this reporting scale for the past year.

It’s in an attempt to combat the ever-increasing problem of fake news. So we are all be monitored.

The “score” is used to alert possible fake to fact-checking organisations.

Facebook Product Manager, Tessa Lyons, in an interview with the Washington Post, said that the score works to classify users that have reported posts on Facebook using the reporting tool.

The UK Government launches an investigation into social media influencers

The UK Government’s Competition and Markets Authority (CMA) has launched an investigation into whether social media influencers are declaring when they have been paid, or otherwise rewarded, for posting about a product.

The CMA has said it has seen examples of posts which appear to:

“Social media stars can have a big influence on what their followers do and buy. If people see clothes, cosmetics, a car, or a holiday being plugged by someone they admire, they might be swayed into buying it.

The Pope said social media can serve to build a network of friendships and solidarity, “and can be beneficial if used with moderation and caution and it helps connects families.”

He said it was important that social media "never becomes a threat to the real life relationships by imprisoning us in a virtual reality and isolating us from the very real relationships that challenge us to grow". 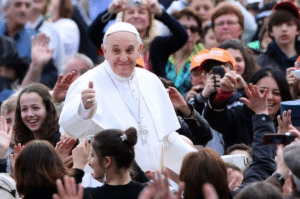 In this episode, I share the audio from the media that was shared online and how they approached the Papal visit. It’s an excellent case study of social media news in a world where the news cycle is 24/7.

In this episode, I’m sharing three brands who news-jacked the papal visit.

A key advantage of social media is being able to news-jack or hijack a trending topic. This often used tactic was in play by many brands in the lead up to the Papal visit.

Bookmaker Paddy Power commissioned a survey on confession and also erected a life-size confessional box “to help the people of Ireland repent decades of sins in seconds ahead of the Pope’s visit this weekend.” 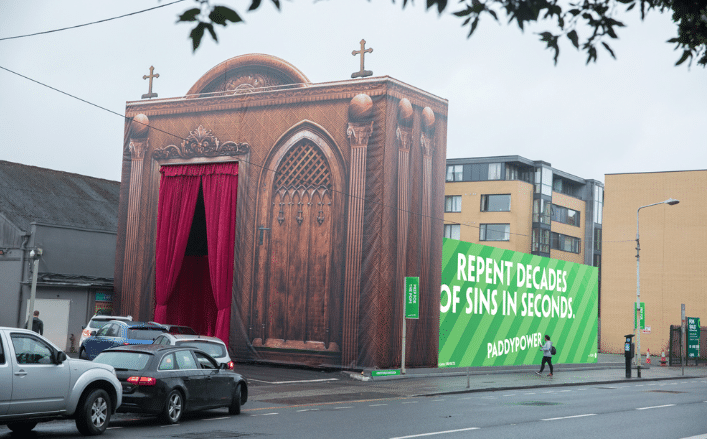 The survey found that over 25% of Irish people has not attended confession in over ten years or more. Almost 80% said they do not go to confession regularly (being once a month) and a further 29% disclosed that it was so long ago, they can’t remember when they last confessed.

Not missing a promotional opportunity either, Tourism Ireland highlighted Ireland’s Christian heritage in a video.

I also maximised the opportunity of the Papal visit to showcase the Digital Training Institute brand and my skills as a social media analyst.

In this week’s ASK JSB, Alex wants to know what tools I used to undertake my analysis of the Pope in Ireland social media conversations.

I used a number of tools analyse the available data across the Internet:

I used one more but you will have to wait for Social Media Tool of the Week to find out!

In today’s JSB’s column I’m sharing what I discovered when I followed and analysed Pope Francis recent visit to Ireland.

? 12- year old Alison Nevin is the public’s favourite with her Papal selfie

? Mixed emotions and reactions to comments on child sexual abuse

? Pope’s own social networks not used to any great extent

If you want to discuss your digital marketing strategy then get in touch. Drop me an email to joanne@digitaltraining.ie.

The social media tool that saved my working week this week is Twitter search bar.

I used it right throughout the weekend of the Pope’s visit to monitor Twitter conversations, media updates and the opinions and views of the public. I also used it to find and curate user-generated content.

If you’re not using this as a core social listening tool then you are missing a social media trick!

Thank you for tuning into episode #115 of JSB Talks Digital. If you are a regular listener I would love a review!

If you are interested in becoming a digital marketing pro and work in the public sector, check out my new Diploma in Digital Communications for Public Sector at: https://publicsectormarketingpros.com/diploma/

The doors are open so you can join anytime.

Thank you for continuing to listen and don’t forget to get in touch you’re your questions. I love hearing from my listeners, don’t be a social media stranger!