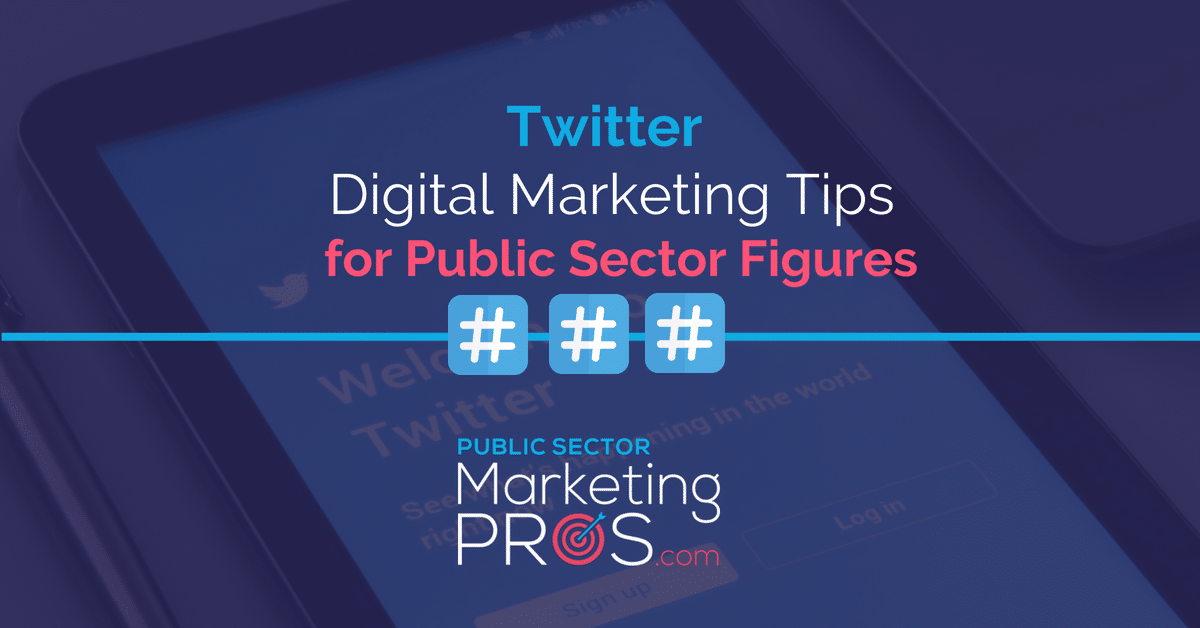 Being a public figure has always, to a certain extent, been about building your personal brand. While this concept was only recently popularised in the business world, politicians, artists, and celebrities have always known that how the public views them is as essential to their careers as anything specific they accomplished. Public sector bodies are increasingly trying to build up an online presence but it can be difficult to know where to begin to guarantee success. Start with these twitter tips for public sector to help draw up a successful digital strategy.

Most people understand the need for celebrities and artists to build their public image through social media, after all, their identity is part of the product. But social media marketing is equally important for public sector and Government officials.

For leaders in public sector right now, it is incumbent on them to be the face of their organisation. The lines between public and private online are increasingly more blurred.

When you're in the public spotlight, people are going to care what you do and say. This isn't just limited to public officials or people who want to run for office. Anyone who is related to, or associated with, big public bodies will find themselves the focus of some news story or other.

The question is, how will the media spin this story and how will the public interpret the news when the inevitable does happen?

Whether you're in office, running for office, or just a name worth writing about, building a public image and personal brand puts more of the control in your hands and creates a foundation to connect with both the general public and movers and shakers who are also on social media.

In fact, public figures have been building what we now call 'personal brands' for far longer than digital marketing has existed. Just think of Margaret Thatcher and Jackie O. However, now digital marketing is the way the game is played.

How you portray yourself and interact with people on the Internet will play a big part in how the public views you in media and in response to media written about you. 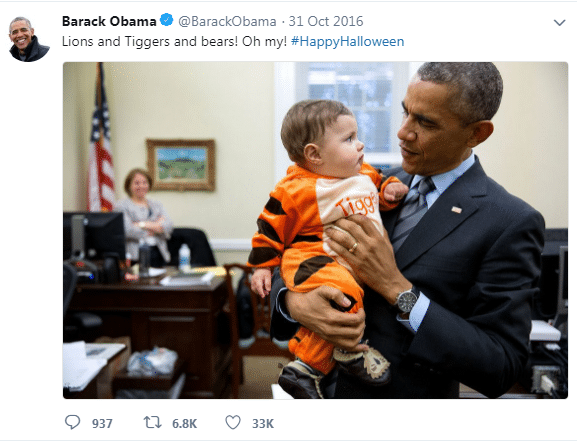 Whether your time and marketing budget are big or small, every public figure chooses the platforms they represent themselves on carefully.

You want to choose popular and completely non-shady platforms to represent yourself on and to connect with your public.

For this, you'll probably be choosing one to five of the biggest social media platforms and maybe one or two niche platforms that align with the image you're trying to build.

However, even compared to Facebook, no platform is more popular and widely used across industries and social positions than Twitter.

It's clean, short-form message and sharing interface makes it welcoming to all groups and a very convenient way to build a campaign and community connections with a reasonable amount of effort.

Then there's the general attitude of the Twitter community. Each social media platform will tend to have a community culture, even with many different groups comprising the entire user base. YouTube is notorious for its vocal commenters, Facebook is best known for connecting people with business or educational traits in common.

On Twitter, theoretically, everyone is equal which makes it easier for others to connect with a public figure and also a reasonable platform to reach out publicly to contacts you might want to make.

There are things you want to be said on your public account and things that would only ever be said on a Twitter user's private and personal account.

Brands and public figures with offices that Tweet in their name also need to be careful and wary of staff members accidentally tweeting their private lives on the shared public account.

This has been a problem for several prominent brands in the past. Use your decorum and treat Twitter like a laid-back work environment. Don't share on Twitter anything you wouldn't share with a colleague or at a public meeting. Social media can be utilised to achieve different goals. If you're interested in using social media to engage voters, tune in to Episode #106 of JSB Talks Digital.

One of the great things about Twitter is that you don't have to start all the conversations you are involved in. Look up a few tweets and trending hashtags on issues you care about and see what the people are saying.

When you find an opinion or facts you agree with, join in the conversation and publicly agree with the other user. Become known as a supportive voice on your issues of choice and build a positive online image.

This will cause your name and your position on topics to become associated in a positive way. You will connect with others who care about your issues and gain the attention of groups who might support you in the future. 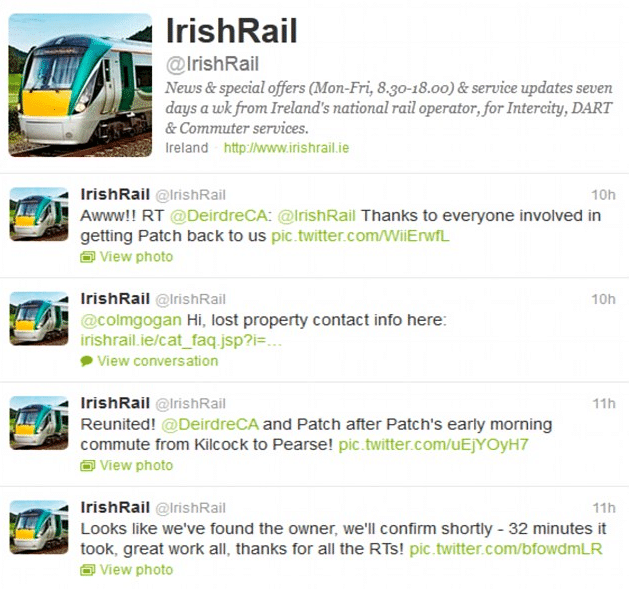 If you also include facts, opinions, and compelling images of your topics of choice on your feed, this turns you into a magnet within your interest groups and a source for others who are interested to look for interesting discussions and content.

Even if you're just looking to build a positive image to control your inevitable public image,

Having a reputation for agreeing with and supporting people within your interest circles creates a positive public image. | #PublicSectorMarketingProsClick To Tweet

Know a Guy Who Knows a Guy

It's also important to remember that social media is for everyone and can allow you to keep building your goals and career as well as controlling your public image.

On Twitter, you have a much better chance of connecting with people who might have interesting jobs, opportunities, and partnership interests simply by knowing everyone.

Address Everyone by Name

Twitter is a personable platform where people discuss things on an even social playing field. Anything that humanises you and highlights normal and friendly traits is generally a good thing. Part of this is speaking to everyone as if they are or could be your friend.

Address people by name or by their username, whichever seems most appropriate. But when you talk to someone, use @[theirname] or .@ to make the communication more public.

When someone reaches out to you, reply to them with their name and always address them by name or username in your communications.

Be Funny When Something Goes Wrong

Every now and then, a personal tweet is going to slip through or some reporter will catch you on camera having a bad night. When potentially scandalous things come up, and they will come up, be ready to respond with laid-back humor. For twitter slips, take the attitude that mistakes happen and most people have experienced at least a few bizarre auto-correct errors. 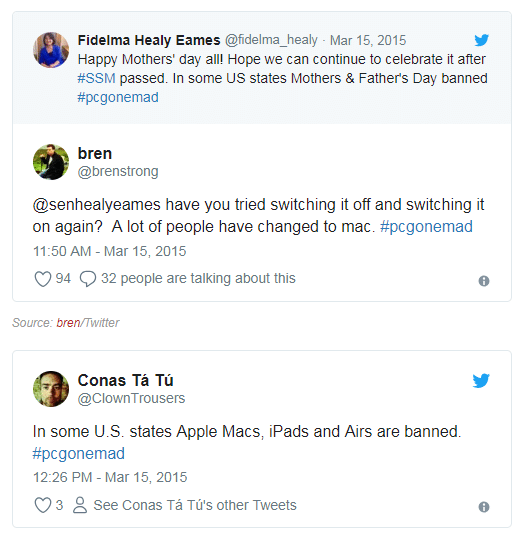 However, when the press attacks what they are looking for is a big reaction. If at all possible, say something funny about the issue and remind everyone that people, even public figures, have a right to not be perfect all the time and to their privacy when that happens.

Whether you're a celebrity, politician, or just family to someone famous, others like to know when your life is relatable. Currently the population can relate to food selfies and building a family. By posting pictures of your breakfast, travels, and family, you build an image of personability. 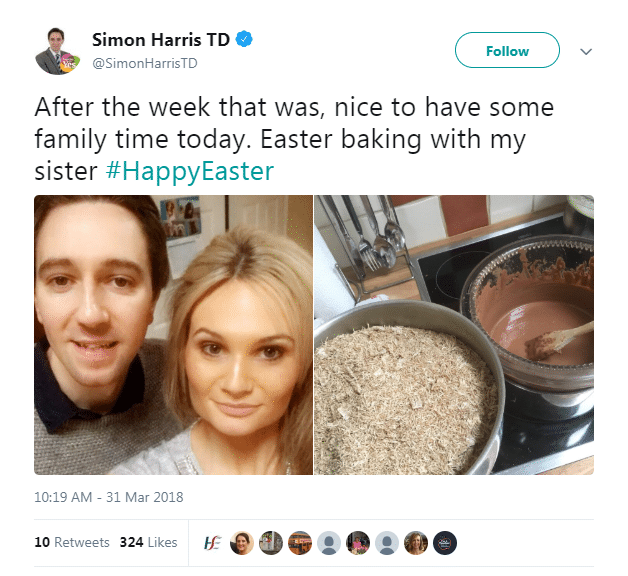 Others will see that you are pleased by the same simple joys as they are and will trust you to be a rational person. If you don't yet have a partner and kids, post pictures of your pets and snap a few rounds every holiday with more distant relatives.

Become a Source of Interesting Facts

Good SEO and interesting content are ruling the collected internet community right now. In day-to-day life for a digital native, nothing matters more than being a reliable and fun source of informative non-fiction content. Start a blog and turn your Twitter account into a place to share interesting facts about topics that interest you.

You don't have to be an expert at first, just someone who shares interesting articles and thoughts you had after reading. Move on to providing fascinating and beautiful pictures on your subject of choice and start being a source of information to others who have the same interests.

This will casually put you in the position of a leader as others get used to trusting and taking your advice. Incidentally, it also creates the potential that your draw as an interesting information source will become more powerful than your original claim to fame.

Have Your Own Voice

And as our final word of advice, build your own unique voice. One of the things that have made popular public officials so influential is that they had a unique presence, set of values, and way of speaking that stuck in people's minds. Perfect the style of being yourself and carry that with you. Because it is a personal brand, all you have to do is show your best self to social media audience and be positive.

If you enjoyed these twitter tips for public sector marketing pros, why not consider taking our Diploma in Digital Communications for Public Sector.

Join our closed Facebook Group if you are a Public Sector Marketing Pro.