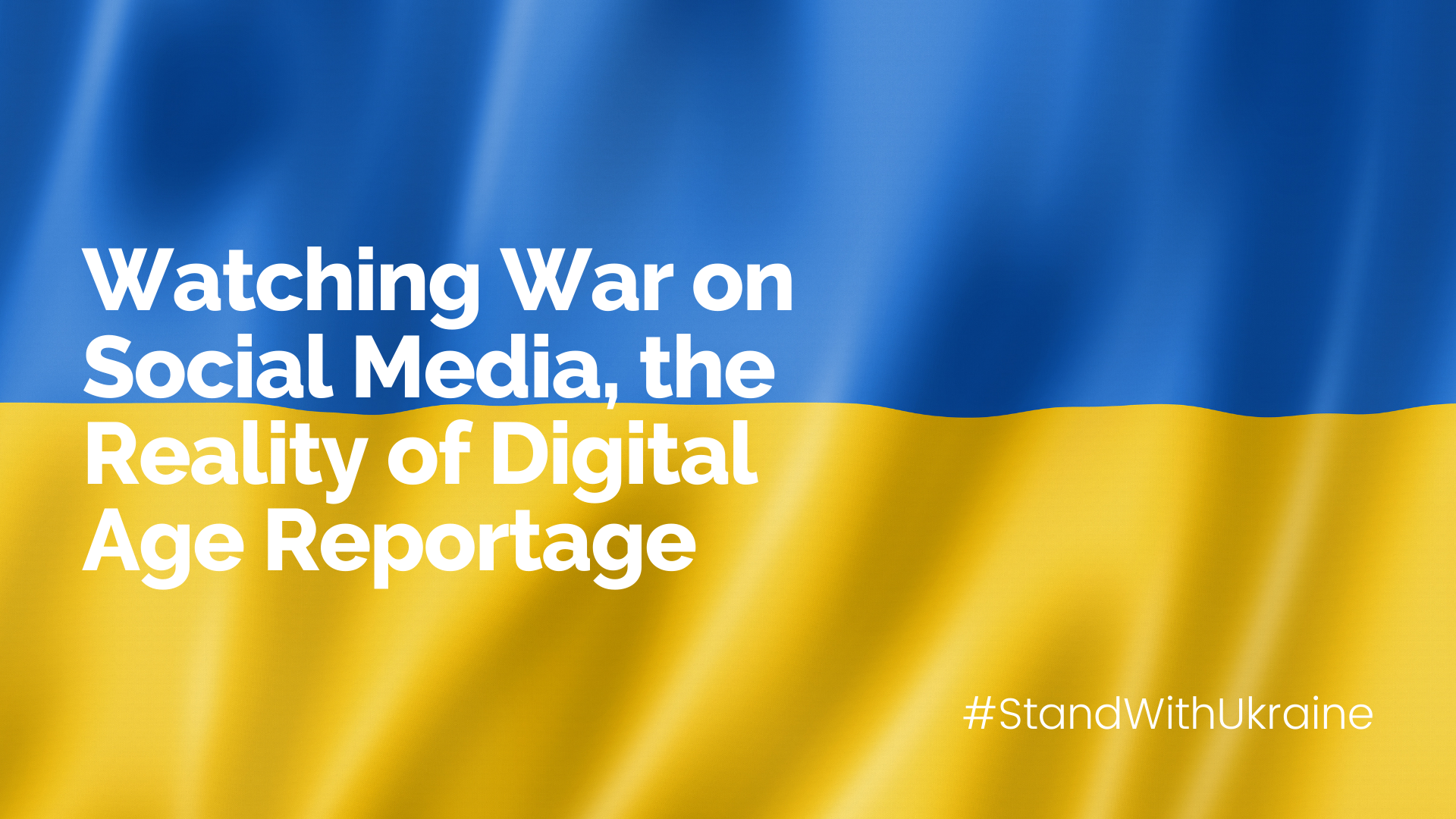 The eyes of the world have been watching the invasion of Ukraine by the Russian military unfold on its borders, skyline, streets, and waters.

It is utterly upsetting and unwarranted.
We have witnessed staggering bravery from Ukrainian citizens, one day a teacher, next day a soldier, but what is also extraordinary is how the world is watching through the lens of social media. Digital diplomacy is happening right in front of our eyes and its power is not lost on President Volodymyr Zelenskyy who now wears a suit of arms and not a tailored one.
Hashtags curate news feeds, live streams provide unique insights, hackers are infiltrating Russian websites, citizens publish real-time diary entries of their lives through their own social media updates. Women are armed with guns, babies born in the subway sheltering from the air raids, and President Zelenskyy takes to his smartphone to encourage citizens to 'arm up' and the international community to join the Ukrainian International Legion. He is essentially acting as a war reporter.
From comedy to politics in three years, and turning down a 'ride' from US authorities, none of this is funny. We must not lose sight of the humanitarian crisis unfolding before our eyes. It would be easy to be watching for voyeurism and minute-by-minute real-time updates.
As my daughter, Sophie said over the weekend, "I cannot believe this is happening less than four hours away from us."
A quick analysis of 500 Tweets using the hashtag #StandWithUkraine shows a reach of 1.5 million unique Twitter accounts. The ability to tell and share stories has never been easier.
You have also seen those pictures, but what does this digital age reportage do to help Ukrainians, if anything?
We know that war is often waged by words and viral propaganda, but stepping into the misinformation breach is where the watching world can help.
Words are hard to come by. And this is only from an onlooker from the safe zone of Irish land.
Let's #StandWithUkraine
Tweet
Share
Share
0 Shares