What Does Strong Government Leadership Look Like On Social Media? 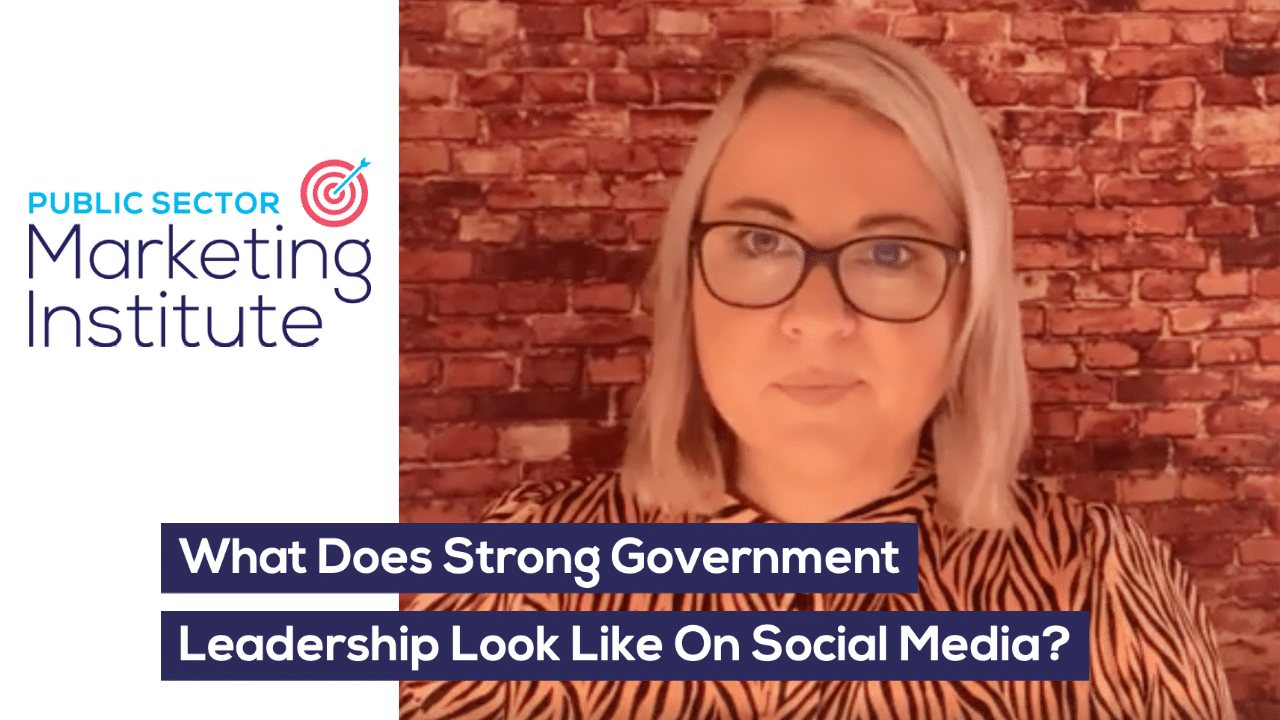 In this blog I'm going to share with you what real government and public sector leadership looks like on social media.

It's not just the activity of influencers or bloggers or young people or indeed the private sector, it should be a fundamental way in which government and public sector agencies communicate public services and information in the public interest to its citizens.

I want to take a deeper dive into how you can display real leadership on social media if you are a senior leader, if you hold a position of CEO, head of department, even head of communications.

In my view you should be not only setting the standard, but also looking for the standards to be constantly elevated.

Having had a look at hundreds of senior leaders on social media right across the world, I'm going to share with you my top takeaways as to what makes a great leader lead on Facebook, Twitter, LinkedIn, YouTube, Instagram and even TikTok.

The first thing that I would say is that there is a culture and there is a mindset that social media matters. That social media has a real role to play in the broader corporate communications strategy and discipline within your organisation.

You need to stand up as a senior leader and make sure that you are displaying leadership so that the rest of your team can follow and indeed emulate, because there is space for more than just one person from your organisation on social media.

So leadership is conversation.

It's not just broadcasting.

It's not just ticking boxes and sending out the daily tweet;

It's much more considered than that.

Leadership is making sure that the public hear you.

That the public understand that you're there to listen and not just to push out messages.

Leadership on social media for government and public sector means that you are actively engaged in social listening. You are considering other people's opinions. You really want to know who has share of social voice on the major topics that you are responsible for.

It's having a listen in to conversations that are happening around new legislative or policy decisions. It's actually about questions and asking the public what do they think in relation to matters affecting them.

Social listening is about understanding the big data.

Leadership on social media also looks like showing up.

It means showing up in a way;

Leadership on social media for government and public sector also looks like taking the hit when the public are upset. It's about understanding and realising that there is negativity online, but it's making a conscious decision that you are going to try to understand where that negativity and that criticism is coming from.

Do citizens feel that they're not being heard? Are citizens not getting an answer in relation to a public service that they are trying to access? Or is it simply just a troll who wants to amplify their voice and get a community of other negative naysayers in their corner?

Understanding where the negativity is coming from is a powerful way to engage in meaningful dialogue.

Not all criticism is levelled by trolls. Criticism is a natural interaction when you're in a senior leadership role.

Leadership on social media by a government or a public sector agency looks like being able to see you and to hear you. Putting your efforts into video and into audio or podcast content, those formats of content that the social networks love but more and more that social media users want from their public services.

Social media is a fundamental way in which citizens communicate.

Social media needs to be mainstreamed in your organisations, and senior leaders need to step up, step out, have a presence online and be willing to engage in a two-way conversation with the citizens that you represent, in order to disrupt the spread of disinformation, but ultimately to increase trust and transparency in your agency.