Why 'No Comment' Can Spark A Social Media PR Crisis 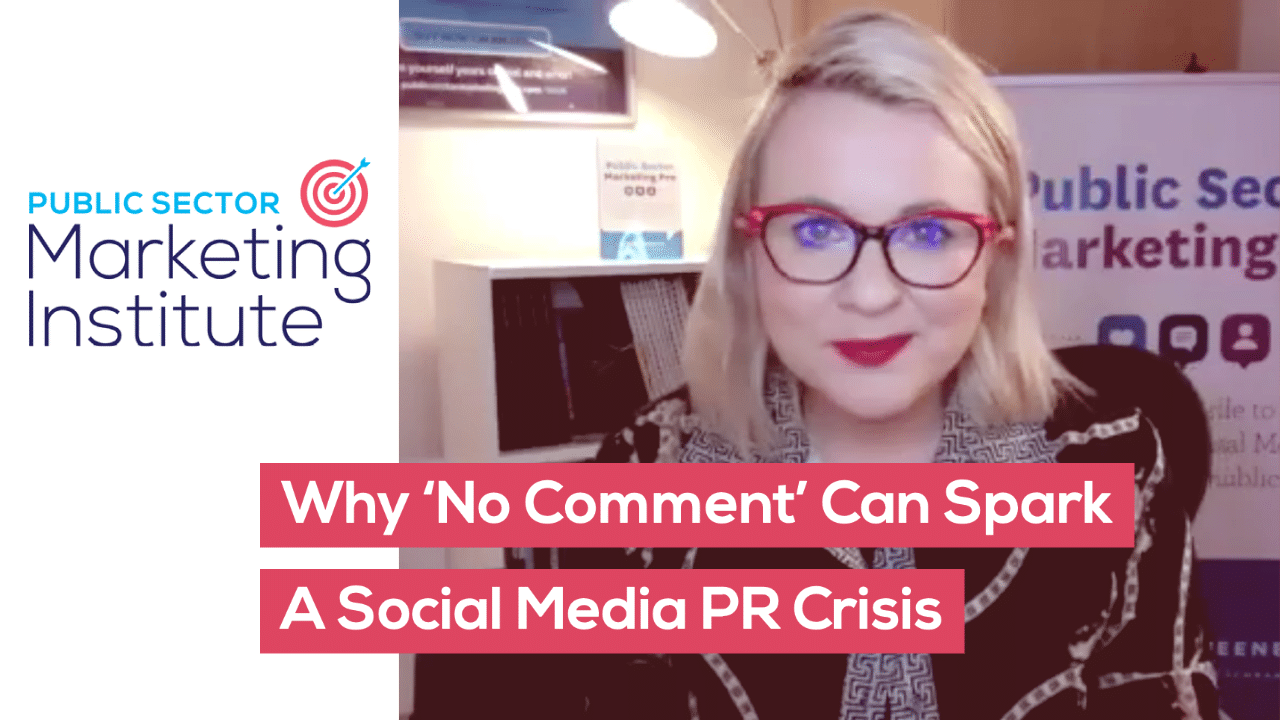 I began my career as a broadcast journalist and often I heard that phrase 'no comment' from press and media relations pros who were working in government and public sector.

Fast forward 20 years, and we're now living in the age of social media which is mainstream media.

And I can tell you that no comment is certainly not going to wash today.

But there are still some agencies who are continuing to use it.

So let me take a few steps back and maybe think about from the public perspective what no comment means.

No comment might mean that you don't want to talk about it, that it's not important enough to have the conversation about this issue with citizens.

In actual fact all of these perceptions may be untrue from your point of view, however when you say no comment it is really getting the back up of the citizens and cynicism begins to set in.

So what are the other options apart from saying no comment?

And that gives you an hour to start preparing that media statement.

Another approach when you really feel like saying 'no comment' is actually to set out the current scenario.

So an example might be, in the case of perhaps a whistleblower releasing information, saying that you acknowledge and you understand the details that are available in the public domain.

What you are doing is you are gathering more information around this.

If that story is subject to an investigation, then you may not be able to publicly comment but there's always something to say because you are probably working on that issue on the inside.

The other danger with saying no comment is that that can actually spark a crisis on social media.

What do I mean by that?

You can't control the story and even if you're not giving the information, the journalists will get it somewhere else.

So you really need to think about what your response strategy is in social media, because if you're not telling your own story, trust me, somebody else will.