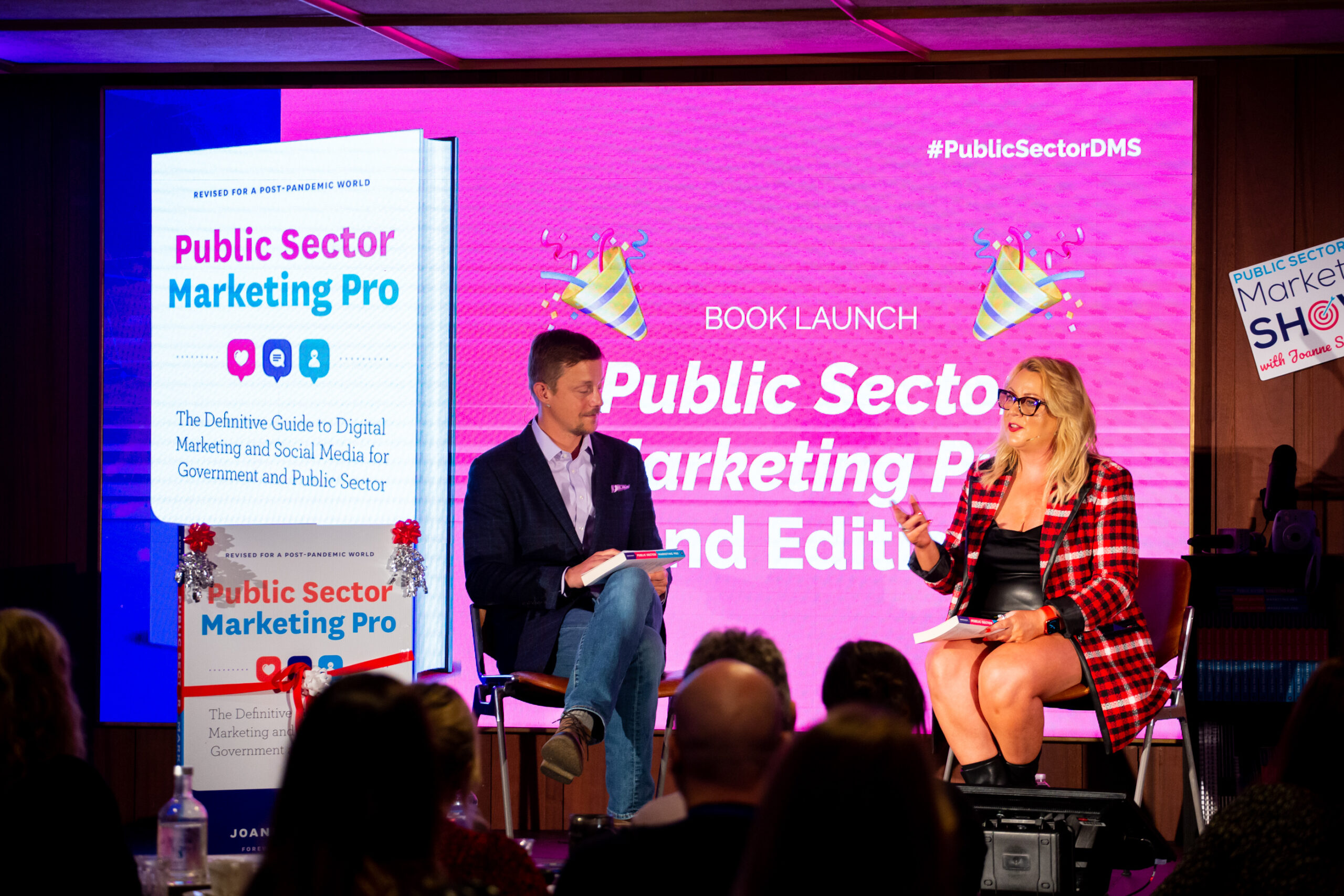 Lessons from the White House “We don’t want our governments failing because of a lack of preparedness,” says Tom Cochran, who worked as Chief Digital Advisor to President Barack Obama (Years?).

The former White House advisor says that “a key lesson from the pandemic includes the importance of being prepared versus reacting in a crisis”.

“The pandemic accelerated the use of digital platforms by governments and public sector agencies, but the citizen expectation of a government service is that akin to Amazon, Netflix or Starbucks.

“Joanne Sweeney’s book, Public Sector Marketing Pro, is the guide to being prepared for any crisis. It’s the handbook they would have saved me a decade of errors,” says Cochran

The revised edition Public Sector Marketing Pro was updated to reflect the expectations of citizens in the post-pandemic age.

Written by digital marketing consultant Joanne Sweeney, the first edition of the book is on the curriculum in San Francisco University and is used as a best practice guide for many communications professionals across the world.

Speaking today, Ms Sweeney says her motivation to write the book comes from a deep-rooted interest in public interest communications.

“I’m a citizen too. But I also know how the Internet works for good and how it can be used to distort the truth. My contribution to social media for good is in this book. While it’s written for government, political and public policy professionals the real winners if my advice is implemented is you and me - the citizen.

“It’s high time the standards of digital communications in public life are raised for public good. The Internet is eroding public trust in organs of the state and mainstream media and this spells bad news for democracy and society in general. Blaming the Internet is not the solution, using it to communicate transparently is.”

Case studies shared in the book include how Ireland’s HSE turned its Twitter account into a customer service channel. While the (add another example)

The book is available now for order on Amazon. The audiobook will be released on Audible for Christmas.